I have been informed that one of my senseis, Sensei 'Chai' Uballe, has passed from this life today at 4:30 pm EDT following a massive heart attack on Wednesday. I am very broken up over this; he was a good friend and a kind and patient instructor to me and to many of the new students.

He had recently suffered many setbacks in life. A long battle with diabetes and other health problems, he had been out of work for some time, had lost his house, and yet he was always cheerful, and he was always in the dojo teaching; and all the senseis at our dojo are unpaid volunteers. He never had anything bad to say about anyone, he never criticized without showing the right way to do things, he never lost his temper. He was a skilled martial artist, very dedicated to Isshin-Ryu and to the dojo. He was a friend and mentor to me, and I will miss him very very much. It won't be the same without him in our classes.

Eli, affectionately known as Sensei Chay to his students, has been studying with Sensei Holloway for 29 years. Sensei Chay is skillful at explaining things in multiple ways in order to help students better comprehend what they are learning.
Click to expand... 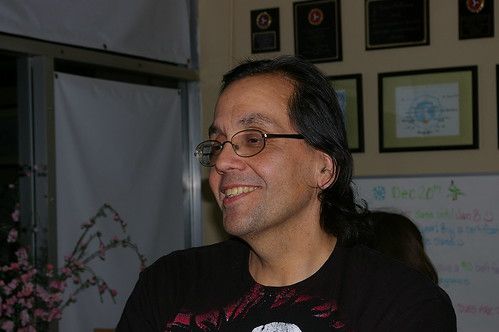 Thank you all for your kind words and prayers in the previous thread. Continued thoughts and prayers for his family would be appreciated; he leaves behind a wife and three young children.

I'm sorry to hear that. I wish his Family and the school well.
Sean

I share your sadness with you, my friend :bows head in respect:.

I am so sorry that Sensei Uballe did not recover. The loss of a good teacher in the body of a good-hearted man is something that lessens us all. 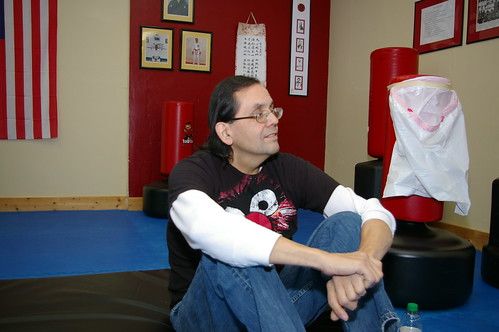 terribly sorry to hear the news. Best wishes to all who knew him.
M

I will still continue to pray for those left behind.
H

We share our journey with others for such a short time...it makes it all the more precious.

Location
Not BC, Not DC

Beating you all over those fries!

Location
Somewhere out there

Rest in peace to a fallen brother, may God watch over the family he leaves behind. :asian:

RIP. My heart goes out his family both inside and outside of the dojo.

.
You must log in or register to reply here.

I was promoted to Yon Kyu (Blue Belt) tonight
2