Wing Commander Jack Rose, who has died aged 92, flew Hurricane fighters during the brief but hectic days of the Battle of France and returned to be shot down during the Battle of Britain. After the war he had a distinguished career with the Colonial Office.


On May 14 1940 the German Blitzkrieg broke through the Allied lines at Sedan despite the efforts, and sacrifices, of the RAF light bomber forces. The six fighter squadrons of the RAF component of the British Expeditionary Force were hard pressed to keep the German bombers and their fighter escorts from attacking British and French ground forces. Fighter reinforcements were requested and Rose flew one of the Hurricanes sent to Merville to reinforce No 3 Squadron.
He was in action immediately and on the 15th he shared in the destruction of a Messerschmitt Bf 109 as the air battle reached its climax. For the next few days the Hurricane squadrons operated at maximum intensity. During the afternoon of the 18th Rose intercepted a lone Messerschmitt Bf 110 fighter over Douai and shot it down. A few hours earlier, his elder brother Tommy, of No 56 Squadron, had been shot down and killed in his Hurricane.
The following day Rose attacked a Heinkel 111 and closed to within a few yards to shoot the bomber's port engine. Oil from the engine covered the windscreen of his Hurricane so he climbed away, slowed the aircraft down to almost stalling speed, loosened his harness, stood on his seat and leant out of the cockpit in an attempt to clean the windscreen.
End Excerpt
He leaned OUT of the cockpit, while flying, in battle, to clean the windscreen. He was A BADASS.

Indeed. It has often been said of the armed forces, particularly the army admittedly, that they are lions lead by donkeys. The Wing Commander was one of those lions it seems.

Goin' with the flow

Condolences to the Brits on the passing of this brave flier..... what's it tell you that so few had heard of him?

Location
Not BC, Not DC 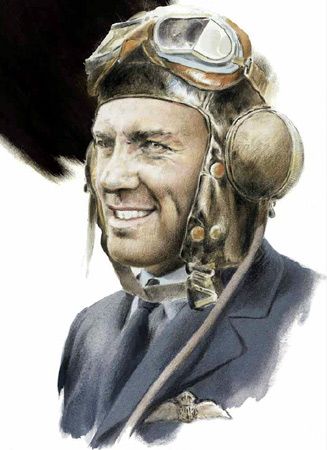 .
You must log in or register to reply here.

A big thank you to all the veterans