The Next International Right

The Next International Right

The past century was one of barbarism and mass murder, one in which the world stood by while large populations were exterminated by governments bent on power and possessed of the means of killing.
After World War II, the "international community" determined that the most important goal of the new international system created for the post-war era would be the prevention of genocide. "Never again," we were told, and nations signed the Convention on the Prevention and Punishment of the Crime of Genocide in large numbers.
Among the nations who signed were Cambodia (1950), the Congo (1962) and Rwanda (1975), though Rwanda was originally covered by Belgiums agreement in 1952, when Rwanda was a Trust Territory administered by Belgium.
These three nations, of course, went on to become the greatest sites of genocide in the second half of the 20th century. (China's mass murders and starvation under Mao are more properly called "democide," as they did not single out a particular group or culture.)
In every case, the "international community" stood aside while the genocide took place unimpeded by the parchment barriers of international agreement. Tea, sympathy and peacekeeping forces were provided after the killing was done, but no action was taken to seriously inconvenience the killers while they were at work. International agreeements, and the international community, have proved as useless as the League of Nations was in confronting Mussolini's invasion of Ethiopia.
As one article on the Rwandan genocide in Foreign Affairs puts it:
As reports of genocide reached the outside world starting in late April, public outcry spurred the United Nations to reauthorize a beefed up "UNAMIR II" on May 17. During the following month, however, the U.N. was unable to obtain any substantial contributions of troops and equipment. As a result, on June 22 the Security Council authorized France to lead its own intervention, Operation Turquoise, by which time most Tutsi were already long dead.
Nor have efforts to deter genocide by trying killers after the fact done very well. As the magazine Legal Affairs reports, Rwandan killers have turned up actually on the payroll of the "International Court" designated to try war criminals. It is, said one observer, as if Klaus Barbie had turned up on the staff at Nuremberg. Pol Pot, meanwhile, apparently died in bed.
This has led some observers to suggest that genocide isnt something that can be addressed by international conventions or tribunals. A recent article in the Washington University Law Quarterly argues that the most important thing we can do to prevent genocide is to ensure that civilian populations are armed:
The question of genocide is one of manifest importance in the closing years of a century that has been extraordinary for the quality and quantity of its bloodshed. As Elie Wiesel has rightly pointed out, "This century is the most violent in recorded history. Never have so many people participated in the killing of so many people."
Recent events in the former Yugoslavia, Rwanda, and many other parts of the world make it clear that the book has not yet been closed on the evil of official mass murder. Contemporary scholars have little explored the preconditions of genocide. Still less have they asked whether a society's weapons policy might be one of the institutional arrangements that contributes to the probability of its government engaging in some of the more extreme varieties of outrage.
Though it is a long step between being disarmed and being murdered--one does not usually lead to the other--but it is nevertheless an arresting reality that not one of the principal genocides of the twentieth century, and there have been dozens, has been inflicted on a population that was armed. (Emphasis added).
The result, conclude law professor Daniel Polsby and criminologist Don Kates, is that "a connection exists between the restrictiveness of a country's civilian weapons policy and its liability to commit genocide."
Armed citizens, they argue, are far less likely to be massacred than defenseless ones, and armed resistance to genocide is more likely to receive outside aid. It is probably no accident that the better-armed resistance to genocide in Bosnia and Kosovo drew international intervention, while the hapless Rwandans and Cambodians did not. When victims resist, what is merely cause for horror becomes cause for alarm, and those who are afraid of the conflicts spread will support (as Europe did) intervention out of self-interest when they could not be bothered to intervene out of compassion.
It is no wonder that genocide is so often preceded by efforts to disarm the people.
Current events in Zimbabwe appear to be playing out in the fashion that Polsby and Kates warn against. If this is the case, then surely the human rights community could be expected to take on the subject of armed citizens, particularly as the right to arms is far closer to the individual rights that make up the "first generation" of internationally recognized human rights.
After all, the human rights community has long argued that all sorts of dramatic changes in international law are justified if they might make genocide unlikely and has been nothing less than flexible in discovering such "post-first-generation" human rights as "developmental rights," "environmental rights" and a "right to peace."
In fact, the human rights community has addressed the issue -- but from the wrong side. They seem generally supportive of U.N. Secretary-General Kofi Annans effort to put in place a global gun control regime "including a prohibition of unrestricted trade and private ownership of small arms."
In other words, in the face of evidence that an armed populace prevents genocide, the human rights community has largely gotten behind a campaign to ensure that there will be no armed populaces anywhere in the world.
END EXCERPT
B

Great article. Very insightful. Hopefully someone will start to pay attention to this issue.
OP

billcihak said:
Great article. Very insightful. Hopefully someone will start to pay attention to this issue.
Click to expand...

It has been over eight years since it was written... Doesn't seem like many have paid attention.
B

For the moment, let's take this article at face value and assume it is accurate,( I believe that it is). If that is the case, those out there who want to get rid of firearms in the hands of private citizens, would this change your minds? If not, why not?
B

billcihak said:
For the moment, let's take this article at face value and assume it is accurate,( I believe that it is). If that is the case, those out there who want to get rid of firearms in the hands of private citizens, would this change your minds? If not, why not?
Click to expand...

It's not terribly accurate (for example, it ignores that most ethnic violence happens when armed civilians go after other armed civilians...armies just do it more efficiently), but taken at face value it still leaves for me the same question I've struggled with for a few years.

Modern technology - and the money gap (access to tech) - may be rendering an armed citizenry obsolete. It was fine back in 1776. A guy with a musket could walk into a coffee shop and kill at most one guy. Similarly, a guy with a musket and his friends (also with muskets) weren't at a particular disadvantage when compared to the regular army.

These days it's a different story. A guy with a modern gun can kill many people as we've seen in recent years. On the flip side, militaries have access to such egregious firepower that it doesn't matter what gun me and my Wolverines carry - the powers that be can dust off and nuke us from orbit. Even without extreme armament, they have access to recon and detection equipment civilians simply can't approach.

Now, that's just one side - and an overly simplistic analysis, but I admit it tests me. For the US, I support the second amendment because I don't want us to get in the habit of amending the constitution to limit liberties. We did that just once, and repealed it not long afterward.

Most here know that I support private gun ownership rights, including the 2nd Amendment in the USA. I've love to get behind this article, but unfortunately...

Sorry, I don't like bad logic, even when it supports my core principles. Too many people out there throwing things against the wall to see what sticks.

I'm with Bill. The logic here isn't convincing. Simply put, "genocide" or any lesser massacre of civilians occurs when a powerful group decides to ruthlessly eliminate a weaker group. If the weaker group is armed... but still weaker, that just means that first you have a war to defeat the weaker group, then come the massacres. Arming a populace with hunting rifles or even semi-auto assault rifles isn't much help against a powerful army that really wants to exterminate you.

bushidomartialarts said:
the powers that be can dust off and nuke us from orbit.
Click to expand...

To be fair, it is the only way to be sure.
T 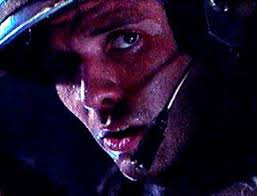 geezer said:
I'm with Bill. The logic here isn't convincing. Simply put, "genocide" or any lesser massacre of civilians occurs when a powerful group decides to ruthlessly eliminate a weaker group. If the weaker group is armed... but still weaker, that just means that first you have a war to defeat the weaker group, then come the massacres. Arming a populace with hunting rifles or even semi-auto assault rifles isn't much help against a powerful army that really wants to exterminate you.
Click to expand...

The whole thing is an example of somebody looking at data, then pulling from it an opinion they already had before they even knew the data existed. Doesn't necessarily mean he's wrong - but it's more suspect than if he'd approached the data with no set opinion, or better yet saw data and changed his mind.
You must log in or register to reply here.

B
Prager: why is class hatred okay?
2

B
Women convinced Obama to intervene in Libya

Happy Genocidal Maniac Day! - errrr is this something Americans truly want to celebrate?
2

"Dances with Wolves," and the American Spirit...