Something I Wholeheartedly Approve Of

Normally the Daily Mail is a byword for those sort of high-blood-pressure issues, like immigration, being given full right-wing vent but this time they have drawn attention to something with which I have no argument whatsoever.

For a start it's about beautiful women, something most men have little problem with to start with :lol:. But more seriously it is about some small (no pun intended for a change) movements in the fashion industry towards using women models that are actually woman shaped rather than starvation-thin waifs. Even more importantly, it is a statement being made against a vile curse that is blighting the lives of many young girls.

I ummed and ahhed about which forum to post this in and decided that the Study was the best place to get some serious thoughts on what is a very serious subject in a generally trivial industry.
OP

This is part of one of the comments below the article:

Excuse me mate, you speak for yourself! I happen to think both of the ladies he mentions are gorgeous and I reckon he needs to redefine for himself what "obese" actually means.

I shoot plus models all the time.

I have no idea why the fashion industry ever began to use models that had the stick thin bodies of 12 year old girls. Unless youre a 12 year old boy, that just aint attractive.

Men are attracted to women who are confident and look like women. Attitude is much more important then weight.

I think women in general are beuatiful. I also think healthy has better aescetic apeal than unhealthy. If a woman looks like she is purging after every meal or a heroine addict, that just doesn't look good. Just like if it looks like a woman gorges herself every meal. There are a lot of body types that are attractive between those two extremes.

Ken Morgan said:
I have no idea why the fashion industry ever began to use models that had the stick thin bodies of 12 year old girls. Unless youre a 12 year old boy, that just aint attractive.

Men are attracted to women who are confident and look like women. Attitude is much more important then weight.
Click to expand...

Seems the Playboy Bunny girls are coming back, it will interesting to see what size they will be. The originals were curvy girls, most definitely not obese but with curves men liked and women could be happy with and not feel they had to starve themselves to emulate.

Confidence, intelligence, beauty and class.
Confident, intelligent and class all have narrow parameters. You either have the particular trait or you dont.
Beauty has no such narrow confines; its what catches your eye.
OP

I have to most definitely agree with that, Ken, aye.

I think most men (not all I am sure), once they exit their hormone ridden years and get back in charge of their choice making, decide that beauty is in the eye of the beholder.

What caught my eye about this article is that it is a quiet voice starting to speak about not allowing the tyranny of fashion to herd young girls into anorexia and self-hating based upon body shape. If such a message can grow in volume then there may be a chance that attitudes will start to change back again towards more sensible media depictions of what the fashion industry says is beautiful.

I found this on a friend's Facebook feed - it seems to fit the discussion nicely!

Kacey said:
I found this on a friend's Facebook feed - it seems to fit the discussion nicely!

Well, it doesn't have to be the Micheline woman either :lol:

granfire said:
Well, it doesn't have to be the Micheline woman either :lol:
Click to expand...

Kacey said:
There are a lot more women who look like that than who look like the traditional Barbie! I'd be one of them; yes, I work out regularly - but I also enjoy good food.
Click to expand...

I don't look like Barbie either....I am way to short!

It's the pointy ears, isn't it? 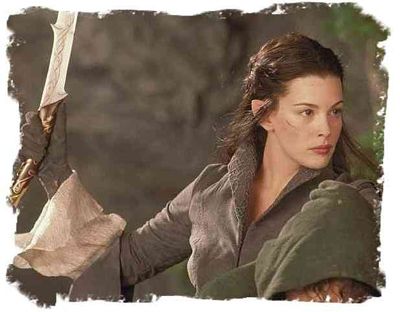 -I know, as a man, I like to look. Can't stop myself and don't bother to try. Pretty sure lots of females do so as well although maybe not as often as guys. For me, seeing some supermodels, like Victoria Secret models, is kinda like a quick fix for my eyes. A sexual fix, obviously, but that is pretty much where it ends. I'll spend more time looking at women with curves. Not big curves but meat on a girl is yummy. (No Lady Gaga jokes!) My girlfriend has curves. Skin and bones just isn't cutting it. Maybe good for the eyes and a firing of the synapses but not want I want to crawl into bed with.

-Since this is about models, and models model clothing, I would like to point out something I'm sure everyone would agree on. Women's fashion is often crap unless you're the skin and bones type. My girlfriend is not shaped like supermodels, so finding decent clothing is a source of irritation to her. Also finding clothing that doesn't break down and fall apart after a few washes is difficult. It's like the clothing makers go for quantity so you keep having to buy more.

-My girlfriend also has an 11 year old daughter. Finding clothes for pre-teens and teenagers that isn't outrageously over priced or part of the line of new slutwear is irritating as well. Not impossible but it seems the majority of choices in fashion leaves us parental types cringing. Luckily, her daughter loves to dress conservatively, if a bit wild.

health is all that matters to me.

Most Gay men are not child molesters, its the straight men that 12 year old boys need to worry about; so, I disagree.
Sean

Touch Of Death said:
Most Gay men are not child molesters, its the straight men that 12 year old boys need to worry about; so, I disagree.
Sean
Click to expand...

Well, it was a play on words on the quoted post that wondered why the female models have to have bodies like 12 yo boys.

But it stands: The ideal male body does not have curves, no boobs and no hips.
Thus we are presented with stick figure female models.

So no, gay does not equal pedo (most pedos pass as good people anyhow, and hetero)
You must log in or register to reply here.