We Have A Higgs!

Physicists working at CERNs Large Hadron Collider said today that they had discovered a new particle that looks for all the world like the Higgs boson, a long sought particle that is a key to understanding why elementary particles have mass and indeed to the exist.

I think we have it, said Rolf Heuer, the director general of CERN, in an interview from his office outside of Geneva. His words signaled what is probably the beginning of the end of the longest, most expensive manhunt in the history of science and, if scientists are lucky, could lead to a new understanding of how the universe began.
Click to expand...

Is there a way you could explain this in like simple terms?? I think it is all highly impressive though I do not know quite what it is all about?? Thank you

The Higgs Boson is the particle that was theorised that had to exist to give everything mass - if it didn't/does not exist then the Standard Model of particle physics cannot be correct and we'd have to come up with a new theory. As the Standard Model does work very well for making predictions it would be awkward to have to devise a new theoretical framework to explain what we observe.

So whilst there not being a Higgs would be exciting for we laymen, as we'd get to see what theory would successfully replace the Standard Model, the chaps who'd actually have to come up with it would much rather there was a Higgs .

The BBC's report on this.

For Jenna: http://www.bbc.co.uk/news/science-environment-18696886 Prof. Al-Khalili does a thumbnail sketch of what the Higgs means for physics.

And one final stab at explaining it: http://www.bbc.co.uk/news/science-environment-16171200

Just to add a little point; half this piece discusses the FTL Neutrino experiment - that has been shown to be an erroneous result (almost certainly :devil:}.
Last edited: Jul 4, 2012

Higgs is like the clue that keeps things together, giving mass. Simplified explanation I know, but it gets the gist of it across.

This is so exciting right. The Higgs Bonson exists and after all these years of theories we have found it!

Too excited to think. Gotta lie down. 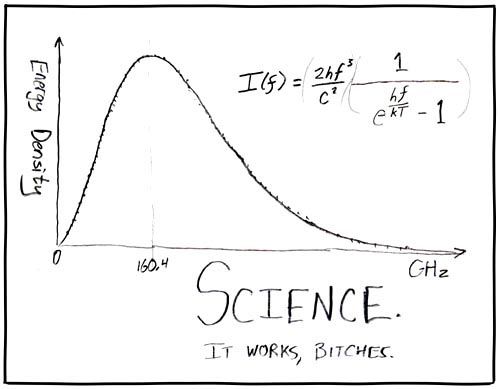 ROFL - naughty but you made me splutter into my tea :lol:

Fantastic! This is simply awesome!

The BBC's report on this.

For Jenna: http://www.bbc.co.uk/news/science-environment-18696886 Prof. Al-Khalili does a thumbnail sketch of what the Higgs means for physics.

And one final stab at explaining it: http://www.bbc.co.uk/news/science-environment-16171200

I hope one of those strikes a chord, Jenna.
Click to expand...

Ah ok.. you have found my weakness!! you only need mention Prof Brian Cox and you have my absolute undivided attention!!!!

Thank you for those links Suke.. much obliged.. still not too sure what it is all about.. I find it is like a mystery novel though Jx

I've been teaching science for 11 years and now I can finally explain to students why mass exists. LOL!

Does the Higgs mechanism provide an explanation for why gravitational and inertial masses are mathematically identical?
You must log in or register to reply here.

Well. Darn. That's where I keep all my stuff...

 Florida GOP: Maybe* we have a problem

Lessons In Research & Perceptions We Use In SL-4.