The "It Can't Happen Here" Syndrome

Are you suffering from Normalcy Bias?

Nah of course not! LOL

Here is a short quiz for you. Ready?


If you answered the first three questions but are clueless on the fourth, youre in good company. Estimates are that up to half the population in America is ignorant about the situation in Cyprus. Oh sure, they hear snippets on the evening news, but since its far away and happening to other people, they dont worry about it.

These people are suffering from a Normalcy Bias.

When we hear the mainstream media assuring us in soothing, condescending tones that were in an economic recovery  despite all evidence to the contrary  we want desperately to believe them. We dont want anything to disrupt our ordinary, comfortable lives. We genuinely believe that if we cling to our normal way of life and habitual methods of doing things  despite overwhelming proof that something dangerous is looming  then everything will be OK. It cant happen here.

But the situation in Cyprus is potentially international in scope. North Korea is doing some serious saber-rattling. Americas debt is so out of control that an economic crash is a statistical certainty. Sweeping anti-gun legislation is being enacted in various states even as we speak. As Ayn Rand so memorably put it, You can ignore reality, but you cant ignore the consequences of ignoring reality.

Canada Free Press (which is not afraid to print in-your-face stuff about America) published a fascinating article on how the U.S. government has an agenda to kill the dollar. The ultimate objective is to implement an international currency in tandem with a system of global governance, writes Doug Hagmann. The problem is that most people are not thinking large enough, nor do they understand the magnitude of the lie. They are not seeing the larger picture as their focus is diverted elsewhere. For example, they focus on various tentacles of the octopus such as the gun confiscation initiative, the DHS armament acquisitions and economic woes as independent and unrelated events. They are not.  Many will die from what is coming. The level of evil behind this plan is incomprehensible to the normal human mind.

See? Normalcy Bias. People continue to cling to the notion that our leaders are working for us, not for themselves. So people sit on their butts watching American Idol or reading about celebrity baby bumps. Can the U.S. economy crash? Nah. It cant happen here.
Click to expand...

The article compares events to tentacles of an octopus, Ive referred to them as pieces of a puzzle but the underlying theme is that they all form a larger picture that the average person either can not, or simply refuses to see.

Why? Because even entertaining the possibility of the probable outcome of these events is too scary and why bother if they havent happenedyet.

Any restrictions to our constitutional freedoms and liberties are justified as necessary to ensure domestic tranquility. When the TSA performs atrocities on children, the elderly, or the disabled, they are excused as simply being overzealous for our security. When the federal government buys billions of rounds of hollow-point ammunition or mandates another offensive policy for kindergartners or places drones in American skies, we close our eyes and pretend its all for the common good. And for those who claim deep dark conspiracy theories? Take off your tin foil hats. It could never happen here. Everythings fine.

Denial is an integral part of atrocity, wrote the late Iris Chang.
Click to expand...

I guess I am a step above. Because I could not answer you any of the questions....not proud about failure to know the 4th tho...
OP

granfire said:
I guess I am a step above. Because I could not answer you any of the questions....not proud about failure to know the 4th tho...
Click to expand...

Never too late to educate yourself.

I can honestly say that I was clueless to the first three-could only think of one "baby bump"-bit I was talking about the fourth-and its greater ramifications for the Russian oligarchs-just last night...:lmao::

celtic_crippler said:
Never too late to educate yourself.
Click to expand...

on the other hand, I got real problems....
Without the net we would not know about it for another month or two...by then I might have time.
A

granfire said:
on the other hand, I got real problems....
Click to expand...

I've got 99 problems, but a Cypriot bank ain't one.

arnisador said:
I've got 99 problems, but a Cypriot bank ain't one.
Click to expand...

Until a federal judge who thinks global happenings should be considered precedent in the US allows it here, then, you're boned.
OP

Big Don said:
Until a federal judge who thinks global happenings should be considered precedent in the US allows it here, then, you're boned.
Click to expand...


But even as events unfold that impact our personal lives, people still tend to refuse to see.

Perhaps it&#8217;s because our nature is ironically one of optimistic hope where under certain circumstances this characteristic is not conducive to self preservation as it prevents one from recognizing imminent danger.

Perhaps it&#8217;s like the &#8220;frog in the pot&#8221; analogy, where the temperature of the water in the pot is increased so slowly over time that the frog does not notice and is eventually killed by the boiling water.

There were those that thought Rome would never fall.

There were those who thought the sun would never set on the British Empire.

There were those, some trusted intellectuals, which thought the Soviet Union would never fall.

&#8220;Those in the US who think the Soviet Union is on the verge of economic and social collapse are only kidding themselves.&#8221; ~ Arthur Schlesinger Jr

Perhaps, but, this is far, far more likely: 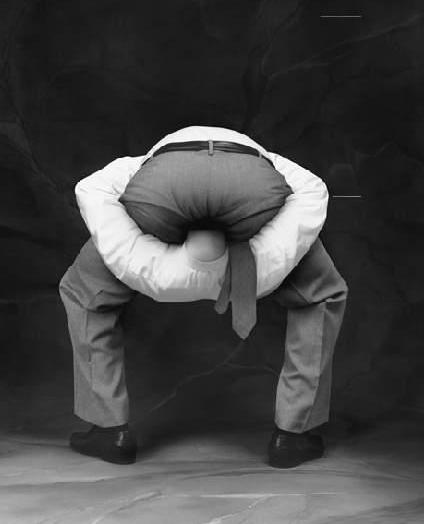 Being Muslim Grounds for Appeal in Rape?

Two ways out of the coming global depression

A
The President on the Zimmerman trial.