So, I took two nice guitars that I haven't been playing and traded them for basses. I used to have an EBMM Bongo that I sold, and it was a ton of fun to play, and I missed it, so I rectified that situation.

I picked up a Carvin LB76 that shipped today and will probably arrive mid next week. The seller isn't the original owner, and doesn't know what it's made of. It appears to be maple on ash, with a 5 piece koa/maple neck. The only pics I have of it are from the seller, so here are those: 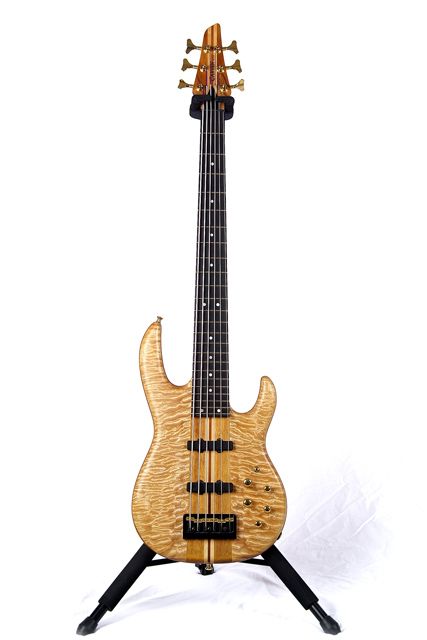 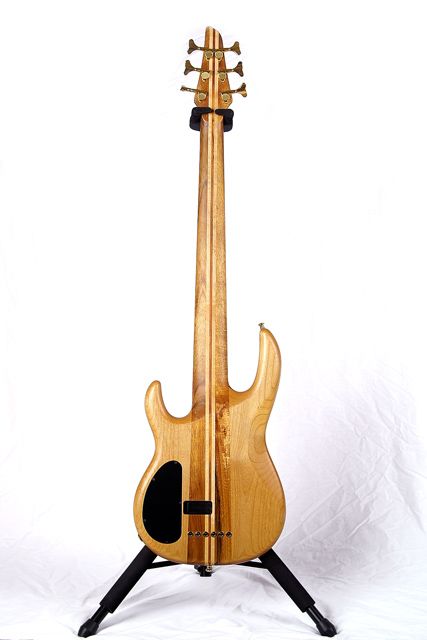 The other one I traded my beautiful Heritage 555 for, but I got a very nice bass indeed. This one is also on its way, but I have a few pics of that from that seller as well.

This one is Warwick's top of the line, the Infinity Limited. This one is an '01, and has been upgraded to an Eastman preamp, and the knobs switched out to better match the top. Whether I'll actually ever be able to play the damn thing is another story, but it sure is a looker! 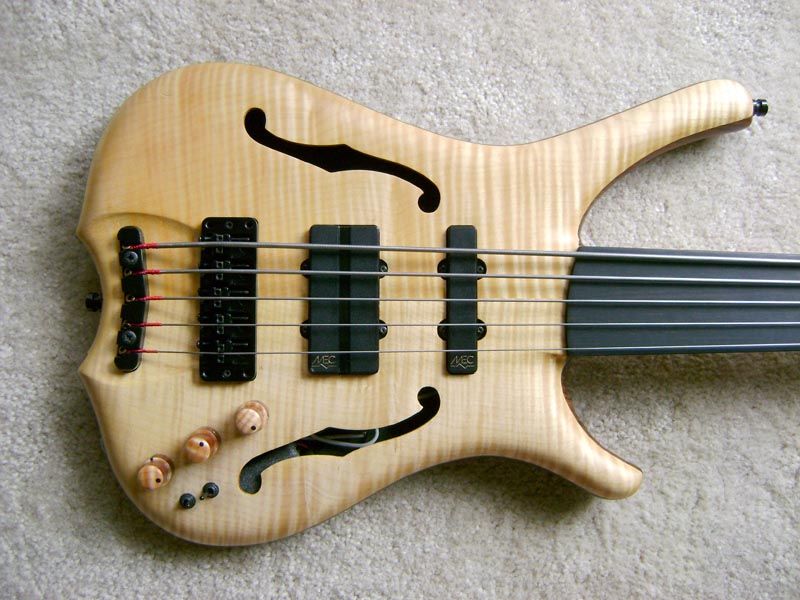 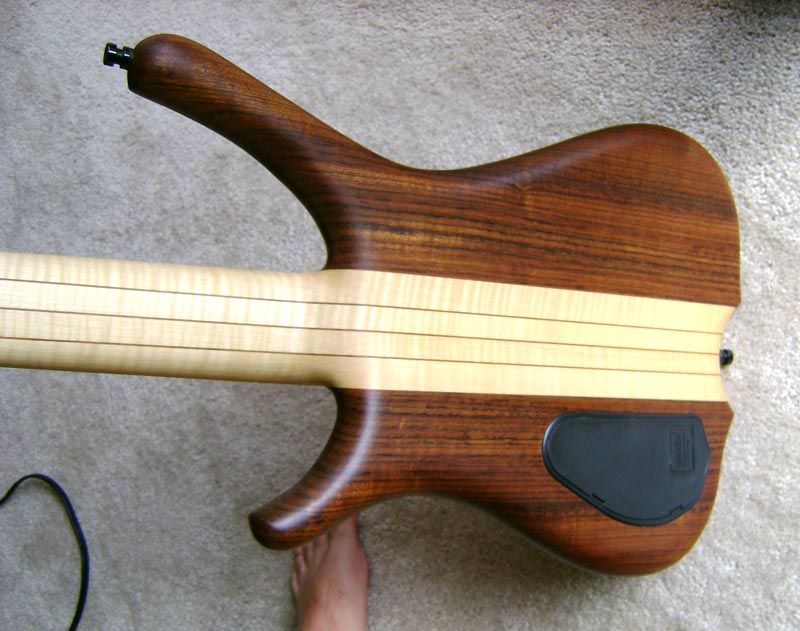 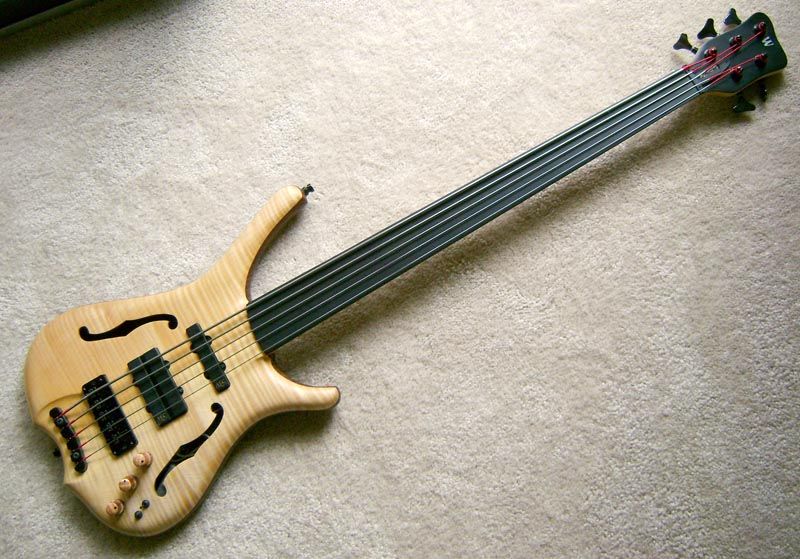 Cool, huh? I've already told my flute playing oldest daughter that she's going to be doing an awful lot of scale practice with her Dad in the next few months, as I attempt to learn the notes and scales on this lovely fretless beastie. She seems at least willing to give it a shot. I may need to bribe her in the future though :lol:

Once you get a 6-tring bass, it's hard to go back. I remember when I first got my fretless (4-string), probably in '90. I swear the thing LAUGHED at me. I was pathetic. But I persevered. For the past decade or so I've been playing a fretted 6-string Ibanez soundgear, both live and in the studio. Sounds great... I got it in '94, so the wood has aged beautifully sound-wise. I like it best with either Thomastik flatwounds or D'Addario nickel rounds, so I can make it sound like Dave Holland's upright, or a chainsaw cutting through concrete!

That Warwick looks like a beaut. She'll give you years of good service. Depending on what type of music you play, nylon-coated flatwounds will really bring out the "wood". But you'll sacrifice the ability to cut through obviously, though being a neck-through will help.

I'm jealous. One day I want to get one of those Conklin 7-strings, just for fun.

My stable mimics yours, but a few notches down the $$ scale.

Conklin Fretless 5, Warwick Thumb 5, and a 5 string Samick that was my first bass 13 years ago...just can't seem to let it go.


I would love to hear that Infinity if you get around to posting some clips.

I am an old bassist- used to play in a professional band. Still wander downstairs and pick and grin.

I have a bunch more stuff, but it is in storage.

Great looking equipment, you are a lucky man.

the gear is pretty dusty, been looking to hook up with a band this winter

kuntawguro - Very nice! Someday I hope to have a wall of speakers like that...makes me think of Back to the Future.
You must log in or register to reply here.

While Im not a "Tree Hugger". This is really cool.

Wakeboarding is NOT Skateboarding

For the bass lovers [my shiny new bass guitar]

Now THAT is a BIG Bass!

I miss bass fishing with my stepfather