Did Vergo do 2 leg switches (the greatest martial arts fight in fiction). Did Vergo kick with the right leg or the left?

NOTE: as this is a Japanese martial arts comic, in Japan you read from right to left, not left to right !!


As you guys look at the panel where the two guys clash legs, what we see is the guy in black (Sanji, a professional capoeira and taekwando like fighter who only fights with his legs) parrying an attack from the guy in white, Vergo, and when you look at the panel, would you say clashing with the right or left leg?


I want your serious opinion on this as to me everything, from the way he is standing, his erect posture, his stationary leg tilting left (!) the inside of the foot facing up (meaning it is the right foot) the right coat flapping empty (etc) everything here indicates he is kicking with the right leg lol...

Yet majority of people thinks Vergo is clashing with the left leg. I tell them this is impossible lol. You can’t stand like that if he clashes with the left leg, everything would be different

Is Vergo clashing with the right leg or left leg? I would definitely say right leg (ankle lol) but some actually say left...

As I’ve always been telling people, Vergo was just trolling and making fun of Sanji. He was effectively superior in that Sanji was checking with his upper shin nevertheless Sanji the one breaking his fibula - not Vergo lol. Vergo should be the one breaking his leg here but instead it was Sanii, suggesting there is a massive gulf between these two characters.

Next thing we see is him doing a left roundhouse swipe of sorts but with the left leg...

Meaning Vergo swapped legs - a second time! Sanji (guy in black) can barely react to the kick(!) Vergo even looks bored while doing this unconventional move. For him this is like child’s play. He is playing Sanji like a fiddle

Vergo really played Sanji who is a professional capoeira type fighter who only uses kicks while Vergo
Is more of a general Kali type fighter who fights with a bamboo stick, incorporating kicks a bit but he is a general martial artist, not just a kicker like Sanji.

Vergo switched legs, still broke his leg when Sanji parried with the upper shin, Vergo clashes with the ankle.

For the rest of the fight Vergo must have been playing around, as just one clash with the weakest part of his leg could effectively break the of a guy who checks with his upper shin.

Do you see what I see? Vergo switched legs - twice !! 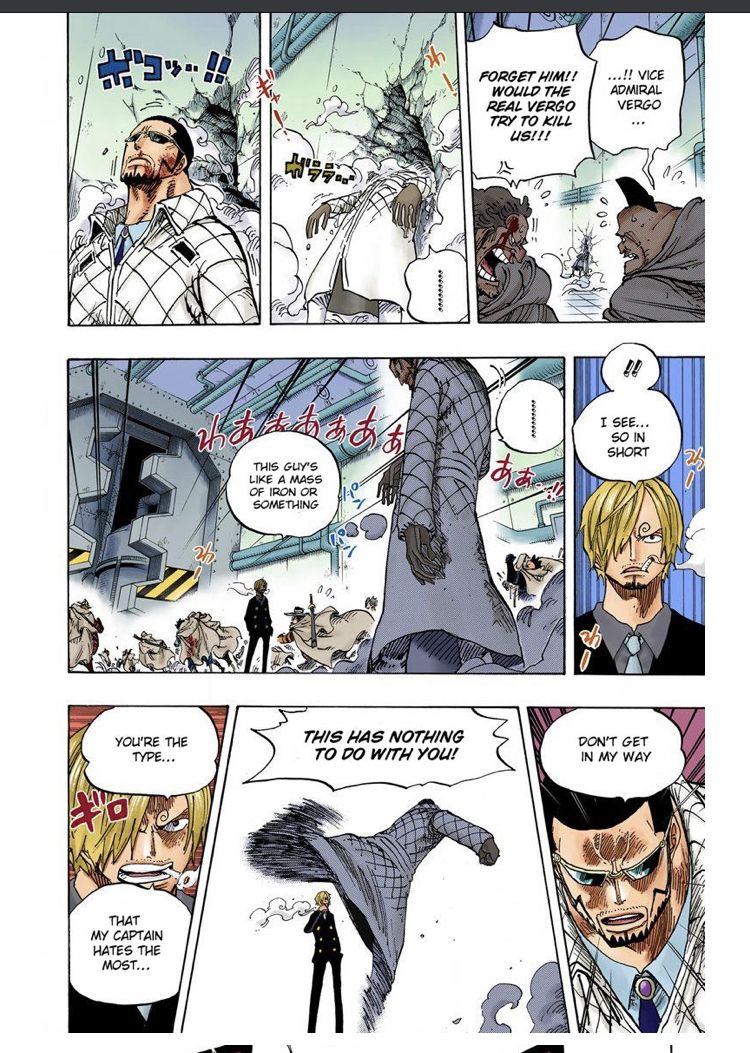 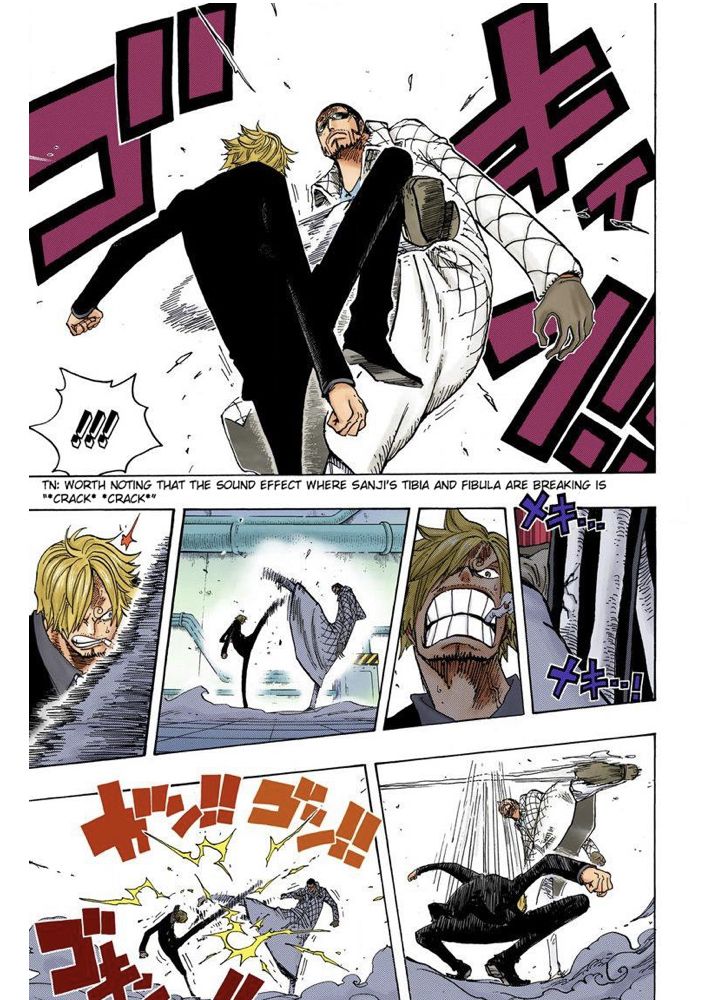 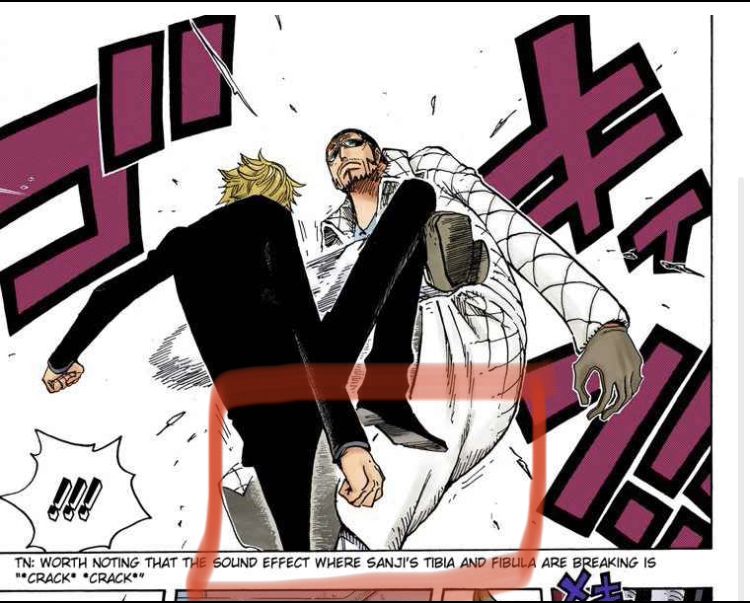 the anime got it completely wrong. From the manga here we can see Vergo was never serious with Sanji, as one kick with the ankle was enough to break the guys leg. If he was ever truly serious the guy could cripple Sanji.

Poll: Did the guy in white clash with the right leg or the left leg?

Poll: Did the guy in white clash with the right leg or the left leg?
2

Where does your left foot point in a right-leg roundhouse kick?
2 3