Ron Collins, aka "Draven Azropht," aka Student of Ashida Kim/Sensei to Ronin7411, UPDATE 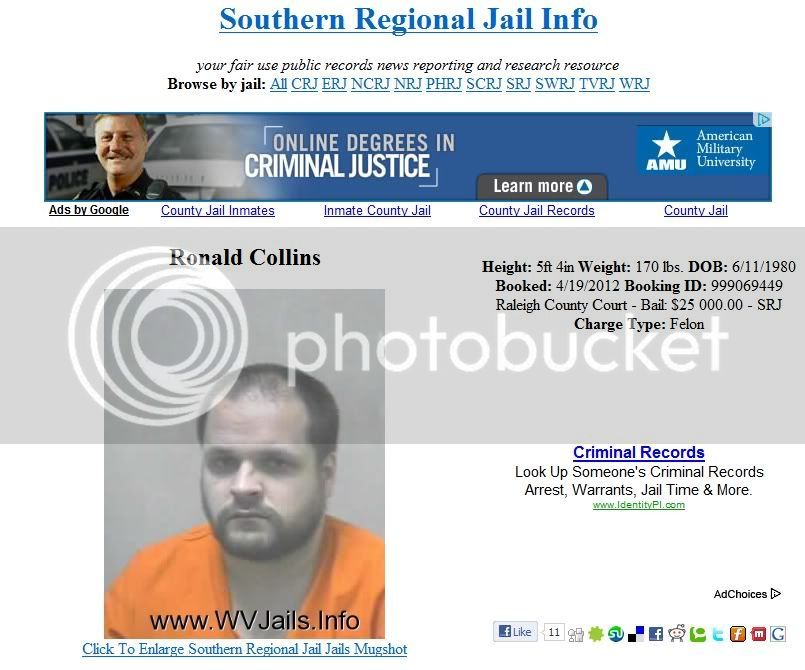 A Beckley man was arrested Thursday on two counts of possession of material visually portraying a minor engaged in sexually explicit conduct, according to the West Virginia State Police.

Collins was arraigned before Magistrate Steve Massie and placed in Southern Regional Jail under a $250,000 bond.

This investigation is ongoing and more charges are possible, police said.

Thread moved to Horror Stories, where its better suited.

Just to update this thread, I am not entirely certain because all I have to go on is his YouTube channel, but these charges against Ron Collins were apparently dropped. He's posted several videos to http://YouTube.com/omotoryubudo that adress his legal woes in amazing detail -- threatening to sue various people along the way. It amazes me that a person can spend months in jail without a trial and then never be charged with a crime.
OP
P

I was wrong. More than a year after he was originally arrested, Mr. Collins has a trial date on two counts of possessing child pornography. This is a bench trial, not a jury trial. It is set for 23 July, 2013.

More news on this: http://www.register-herald.com/toda...-after-allegedly-threatening-officials-police
You must log in or register to reply here.

Girl Shows She "put up one hell of a fight" before being killed.

What Kind of Student Are You?