So I was reading an old copy of black belt magazine that I own and came across this advert about a 9th Dan in American kenpo under ed Parker who went and devised his own system of kenpo. The guys name is Adrian Roman. I've never heard of him before not that that means anything as I don't many of the named kenpo guys but just wondering if any of the more experienced or well connected guys in the kenpo world know him. This is the ad. 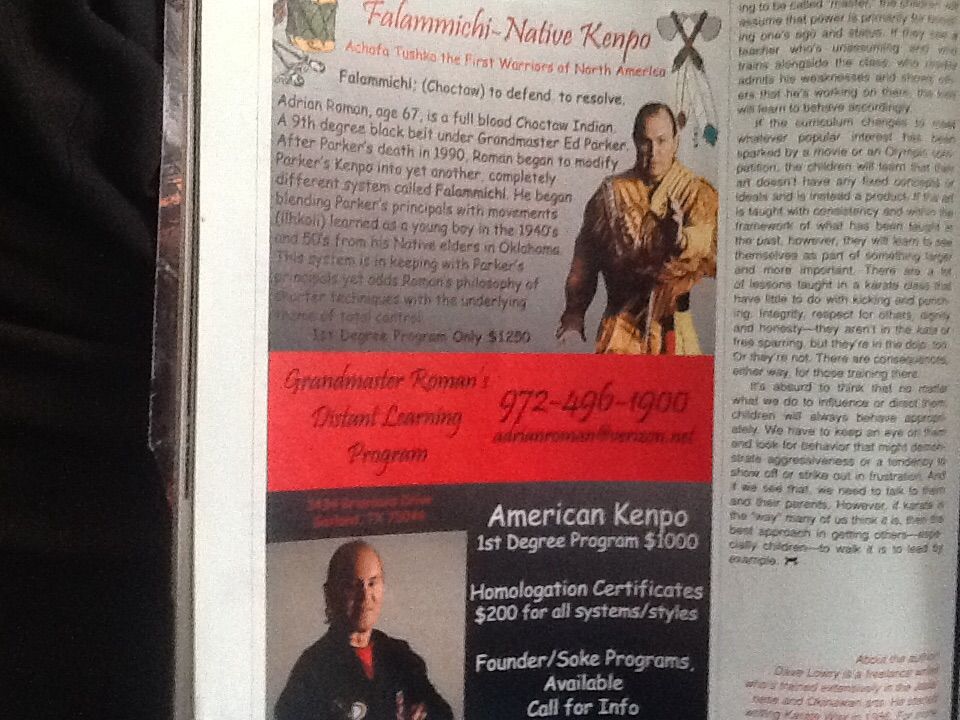 I’ve heard of him, never met him nor seen his stuff. My recollection is that when his name comes up in online discussions, he is not usually held in high regard. That could be simply because he offers video training and certification (or at least did in the past), or it could be because his is just not very good, particularly for the high rank that he claims (definitely not awarded to him by Mr. Parker, I’m guessing he is self-promoted).