Why did the Samurai get reputation of being individual fighters who lacked any clue about complex military stuff like Formations and Manuevers?

Indeed on the internet many times I got into arguments and had to inform people that Samurais were more than just swordsmen and Japanese warfare did not revolve around individualistic fighting but pike formations, cavalry charges, etc. I cannot tell you how many Westerners not only assume all Japanese warfare was disorganized rabble but the stubbornness of Westerners n the face of evidence in insisting the Katana as the main weapon of Japanese armies and how they keep insisting Samurai traditional was melee and guns were dishonorable-I'm not kidding about the last part I been into too many arguments where Americans are shocked at Illustrations of Sengoku era Ashigaru musketeers and they refuse to believe any of the evidence. Even when you show them clips from classic Sengoku era movies like The Seven Samurai and Ran and heel even martial arts genre stuff like Legend of the Eight Samurai of the use of gunpowder by the Japanese!

So just like the linked post, I have to ask how did the reputation of not just the Samurai but pre-Meiji Japanese Military lacking an organized military and being disorganized duelists come from? All it takes is to see a single popular Japanese cinema classic taking place during the Sengoku to see use of fortifications, hidden traps, stealth ambushes, and other military procedures! Even fantasy anime like Princess Mononoke and Ninja Scroll shows Musket Men hiding behind barricades and shooting in organized volleys and Japanese heavy cavalry marching in an organized fashion

I’m not particularly aware of any such reputation and it certainly wouldn’t be based on anything in reality. If you’re just talking about individual members of the lay public with no expertise in the matter, then you have to remember that most people are woefully ignorant about history in general. Any stereotypes they have about historical armies are probably derived from (highly inaccurate) popular media rather than actual information about the militaries in question.

I think it's because *ronin* have become one of the most romanticized archetypes in fiction. Just like ninjas. Most real historical samurai don't fit those romantic ideas (real samurai were often brutal aristocrats). So large samurai battles are kind of boring fits over small tracts of land. We (ok, I) want to see a lone or squad of samurai run into a mob, swords blazing.

You can see that in fictional Kurosawa's films, in the real historical Ako Vendetta incident (and its fictional accounts, the Chushingura) , and even Star Wars.

Huge military battles are meh. Not everyone is into that stuff. But the idea of a rogue, renegade, or retainer warrior appeals, especially to Western eyes who see appealing themes like individuality, freedom from fealty.
Last edited: Dec 12, 2021

I've never heard of this (very obviously incorrect) assumption. Anyone who has studied japanese history at all could tell you that is not the case. My best bet would be that you're talking to people who watch a lot of anime/modern japanese cinema, where it's not as fun to focus on large battles, so they focus on duels instead.
F

I must lead a sheltered life. I've never seen these arguments put forward.

I would also point out that large scale battle is very expensive and difficult to film, where as Zatoichi a single blind swordsman wandering around the country side fighting other individuals and small bands of thugs is easy to choreograph and fun to watch. The plot line is easily followed.
I wouldn't waste my brain power on such things. I remember an 8 year old argument about "My dad's car is faster because the numbers on the speedometer goes higher".
Your Japanese combat argument is about on the level.
I

Samurai warriors were different than soldiers. Common soldiers (the great majority of the army) fought in a somewhat disciplined formation, its power dependent on its mass. The generals and officers were Samurai Warriors, well trained in military matters. Musashi calls his fellow Samurai swordsmen "strategists." They were also trained to command and employ tactics (in small or large scale combat).

Warriors (like European knights, except Samurai fought as light cavalry/infantry rather than armored heavy)) often sought individual battle, their power dependent on their offensive fighting skills and ferocity. (Though at the battle of Agincourt, a mounted charge of French armored knights in formation met with a slaughter, being poorly employed. Several SEALs met a similar fate, being misused in Panama by civilian commanders unappreciative of their value and proper use.) In large scale battle I would liken Samurai to the US Army Rangers. To employ highly trained elite fighters integrated into a massed formation of enlisted troops is a tragic waste.

I am not an expert in the subject, just an interested layman. But I'm confident in saying that every weapon (human or steel) has its proper use and place for maximum results. Using the wrong tool for a job usually does not turn out well.

He always was great at insults.

Imagine being a hot-headed member of the Japanese hereditary military class, and being totally schooled by a no army, tactical genius who took his time, every time.

A very strange take…. If you study the history of Japan, especially the Sengoku (warring states) period that took place primarily in the 16th century, you have several examples of large scale warfare being conducted with samurai leading them. Some of the tactics are rather brilliant, especially those of Oda Nobunaga and Toyotomo Hideyoshi.

However after the start of the Edo period (1603), there isn’t much in the way of large scale warfare in Japan, because the country is unified and adopts an isolationist policy. By the time Japan comes out of the Edo period, it is forced to modernize because of western imperialism. In order to create a more modern society and military, the Meiji government abolishes the samurai. This kicks off several conflicts that are swiftly put down due to the adoption of modern weapons. However, you still have prominent people from samurai families who become leaders in the new Japan. This includes leaders within their military.

Samurai movies are basically reskinned westerns. So popular culture will view them as such.

drop bear said:
Samurai movies are basically reskinned westerns. So popular culture will view them as such.

Nothing like a dose of Yojimbo in the morning to get you started. I knew those movies were very much alike, but the montage showed scene by scene theft.

But, by the way you phrased it, it sounds like the Samurai movies were based on the westerns. The Clint Eastwood movies, as well as The Magnificient Seven were copies of Samurai movies. Let's give Kurasawa and others their due in setting plot, scene and mood. They said so much with so little. 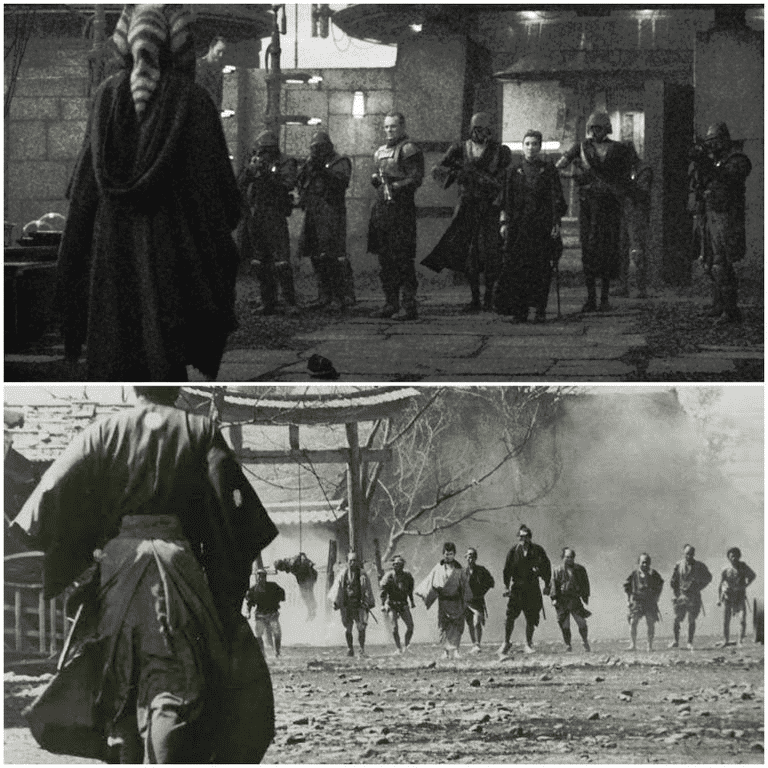 Anybody play this? It's great. Solo Samurai Lord goes on quest to rescue his uncle from the Mongolians.

Tony Dismukes said:
I’m not particularly aware of any such reputation and it certainly wouldn’t be based on anything in reality. If you’re just talking about individual members of the lay public with no expertise in the matter, then you have to remember that most people are woefully ignorant about history in general. Any stereotypes they have about historical armies are probably derived from (highly inaccurate) popular media rather than actual information about the militaries in question.
Click to expand...

I second this. I've never heard of samurai being referred to in that way.

Yamabushii said:
I second this. I've never heard of samurai being referred to in that way.
Click to expand...

There can be only one. 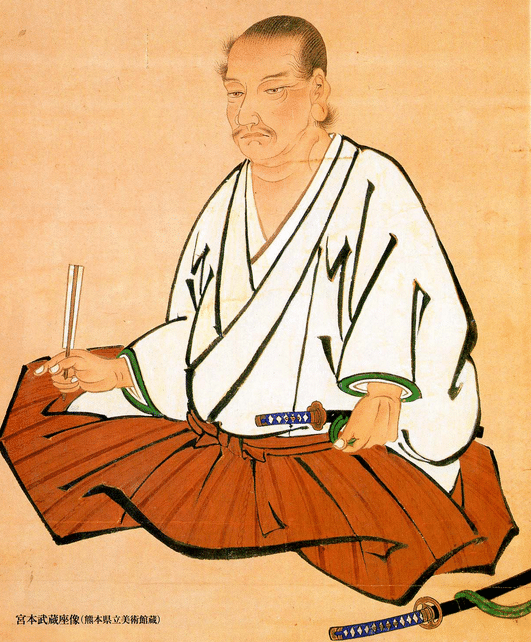 Yasuke - Was He Both The First Foreign Samurai and Sumo Wrestler?

A View of Empire In The Modern Era