A while back I decided I wanted to give "appendix carry" (A-IWB) a try. For those not familiar with this method/placement, basically you carry the weapon just to the side of the belt buckle (about 1:00 for me since I'm right-handed). The rationale here is that by placing the weapon on your centerline, it will be quicker to access and also enable you to draw the weapon from positions that are more difficult when carring in the traditional manner (i.e. sitting in the car, fighting on the ground or when "clinched up" with someone).
I had a hard time finding a holster that I thought would work well for me. Those that others recommended were either too bulky or just didn't perform the way I wanted them to.
Then about 3 months ago, I found out about the Tucker "Cover Up" while reading a thread on TPI. A member on that forum had purchased one for his Glock and one for a J-frame and said that they both worked very well. After looking at one online I liked the design and decided that this might be what I was looking for. 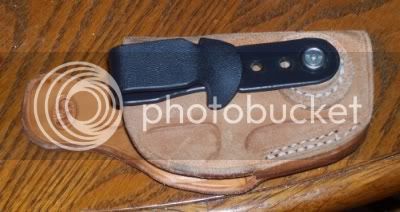 I received mine about a month ago and have been carrying with it for much of the time since. After the first week or so, I got over the "my pistol is in a different place and feels weird" feeling and have actually become very comfortable with this method of carry.
As I said above, it is much easier to draw the pistol when seated (either in the car or in a restaurant booth, etc.) due to its placement on the centerline. In testing it alongside my Milt Sparks Summer Special, I've found that I'm able to get the gun into action faster. This is due to the fact that there is less joint-articulation required to draw a weapon placed on or near the centerline than for a weapon carried behind the hip (4-5:00) as most IWB rigs are used. 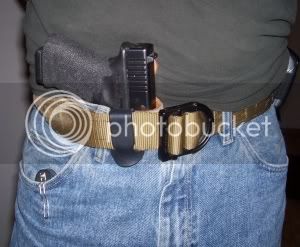 Anyway, about the holster itself...
The thing that sold me on the design is that it is well-constructed while still being very "minimalist." There is no unnecessary material that would interfere with it's ability to function well in the A-IWB role. For example, as you can see from the photos, the bottom of the trigger guard is not covered as it is with many designs including the SSII also pictured. Also, note the absence of the stabilizing "wing" seen on the SSII. While this is a nice feature to have, when utilizing the holster in the A-IWB role, less is more. I find that any lack of stability that you might experience with this holster when carrying the pistol in the traditional 4:00 position is eliminated when carrying it on the centerline.
Comparison of the Cover Up and the Summer Special II (Cover up is on top in each photo) 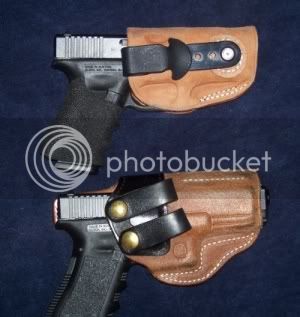 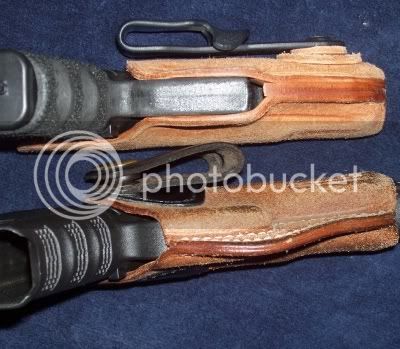 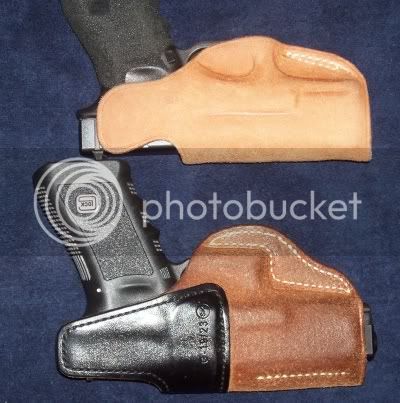 The clip that is used is adjustable for both ride-height and cant and allows a little "flex" so that the weapon can move with you. This is nice given the location (getting poked in the "sensitive areas" is not fun). I tried a Blade-tech "Universal" for this role and was not pleased with the results. The placement of the clip also reduces bulk. This is especially true when carrying a revolver as the clip attachment point is below the cylinder bulge.
The clip is also nice because you don't have to thread your belt through a set of belt-loops or fiddle with snaps. It just slips on and off but is still secure due to the design of the clip (there are several other designs also available). 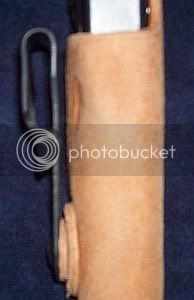 some pics of me wearing it and the begining of the drawstroke. 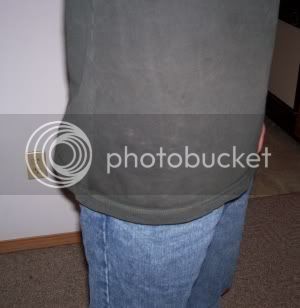 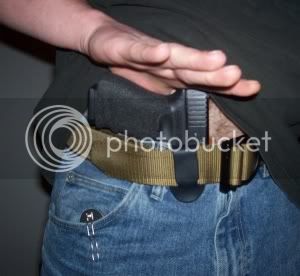 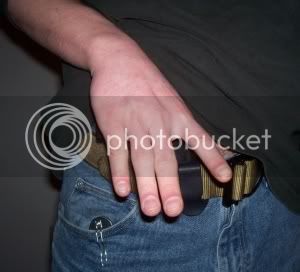 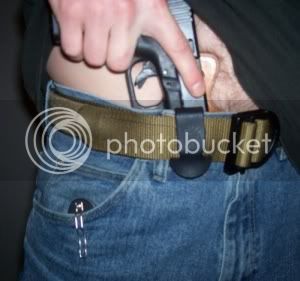 Overall, I'm extremely pleased with this holster. Once you get used to it, it's very comfortable and allows for excellent concealment. As I won't be able to carry A-IWB if I have to have my shirt tucked in, I won't be letting my SSII get too far away. However, for casual wear, I think the Cover Up is a keeper.
Link to Cover Up
You must log in or register to reply here.

Weapons and proper instruction - WHY?

Best tactical light for a pistol?